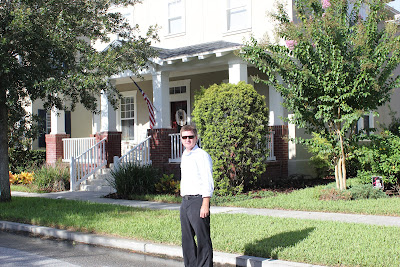 This picture was taken the day of our house inspection.
We were so excited but nervous as we didn't want anything to get in the way of buying our beautiful new home. As we had many attempts of actually buying other houses every one had fallen through for varieties of reasons. We had never made it to a house inspection, we were excited to finally make it to this step. With our busy schedules we weren't able to stay during the whole time.We trusted the report to be fully accurate to give us the TRUTH. It was completed and we reviewed it told the seller what we wanted repaired. It was a bumpy few weeks up until the closing.
Communication was lacking and I felt uneasy about everything.
Our final walk through of the home was the day of closing. A few repairs had not been made but we were in a want of closing and choosing to overlook somethings.
We closed on our new home that afternoon. 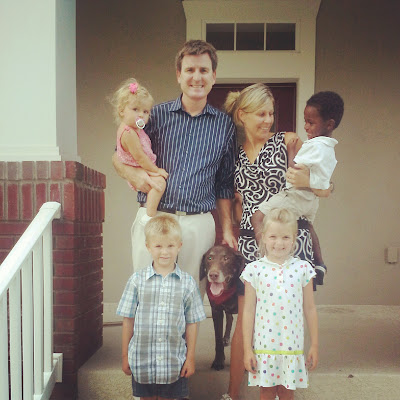 We headed straight home to pick up the kids and Lucky (our dog)
to show them all our new house! Everyone was more than excited!!! Kids were screaming running from room to room with excitement... such a fun day! We were thinking finally our house journey was over!
We needed  to do a few things before moving in like painting, cleaning, new carpet etc...
Within two days after closing,  I found water coming from the AC .. huh I thought?
I hoped it wasn't a big issue, called the AC service guy the next day to find out we had over a foot of water in the AC handler....with mold and algae growing... I couldn't believe it!
The unit had been leaking  for a long time! The hard wood floors were pulled up to find mold and all the walls around the unit had over 2 foot of water damage up them.
It was a mess and really we didn't know the total extend of the damage. We acted quickly and got a  dehumidifier and air purifier to clean the air, and then called our home insurance. 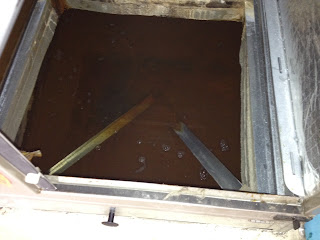 We filed a claim and waited to see if any damage would be covered.
In the meantime, we decided to move in despite the fact. 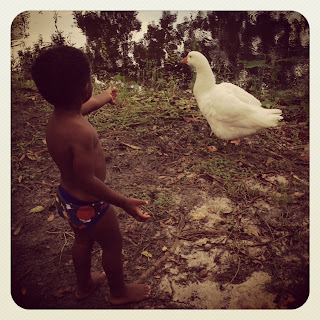 One of the last mornings before moving out of our rental,
Jonas saying goodbye (in his under roos of course) to our duck friends we met 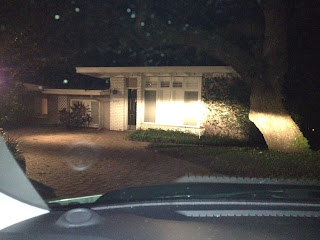 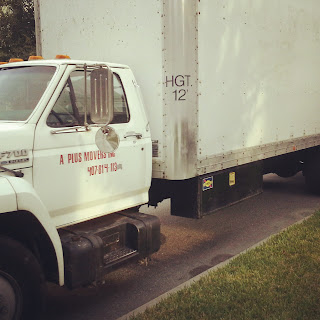 Moving day was an adventure with four kids...we have WAY too much stuff!
Plus, seeing things you had in storage over a year ago you forget what you even had. 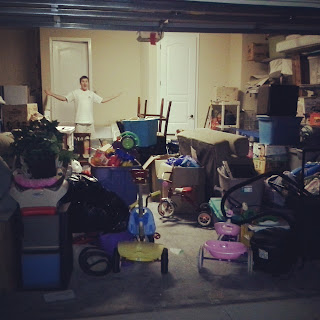 We had two storage sheds to unload... you can see a lot of it ended up in our garage!
It was a mess and really no organization to anything!
At the end I had thrown stuff in a box and had lost track of what was where.

After finally over a month of unpacking and cleaning out like crazy we only have three boxes left in our master closet... a miracle.  It's been a challenge..... I AM NEVER MOVING AGAIN!!
I know, famous last words but I hope this is it!
Just a week ago we heard from our home insurance company that they denied our claim because the condition was pre-existing. Then a day later they sent us a cancellation of our policy! Heartbroken we were going to get stuck with the expense when it was someone else's fault. So frustrating! We tried the inspectors but they put a nice little one line in their report that protected them. After being upset, with a few other problems arising, feeling like we bought a lemon of a house I was able to move forward.

My perspective has changed to surrender it and be thankful we have a house! Be thankful, that we have the money to repair it that we don't have to live in a house that has mold. Be thankful, God has provided us the money, it's not ours, and if that's what we are suppose to spend it on then we will. Be thankful, in the grand scheme of life it's not a big deal but it did take us by surprise. Be thankful, we are moving forward.. tomorrow is the BIG day we are finally  ripping up all the wood that had gotten wet. We are praying the damage isn't a costly amount but if it is we will deal with it.  So many lessons learned through this LONG House chapter in our life. It's been a whole year starting with the selling of our house. If you asked me "would I do it all again?" I would say that is a really good question... one I don't think I can truly answer yet. But I do know even in the middle of our house situations for the last year God has been with us throughout the entire time! I know as time unfolds it will be more and more clear on why we went through this but in the meantime I'm just going to focus on being thankful. 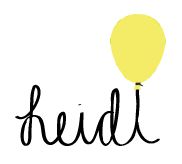 Posted by the crazy armstrongs at Wednesday, November 07, 2012

it's a beautiful home! sorry for all the drama. i hope today brings good news. it is encouraging to see your attitude of gratefulness in the midst of a lot of crazy!!!

I hope that you continue with this great blog. I really enjoy visiting your webpage to check out the recent posts. Affordable Car Insurance For Teenagers

You’re really blessed to have money for the repairs. Something similar happened to us buying a car. We settled for the cheaper one, but we still ended up spending as much as the amount for a more expensive car due to replacements. Anyway, what can you do when you’ve fallen for the house? With love, they say you have to accept everything – the good and the bad. But I do hope you can get some claims.

“…Seeing things you had in storage over a year ago you forget what you even had. ”---Well, for me, that’s actually one of the most exciting things about moving in to a new house. You get to see your old stuff, some of them you can’t even remember. It’s great to see those things you thought you’ve thrown away before or have given to another person. :D