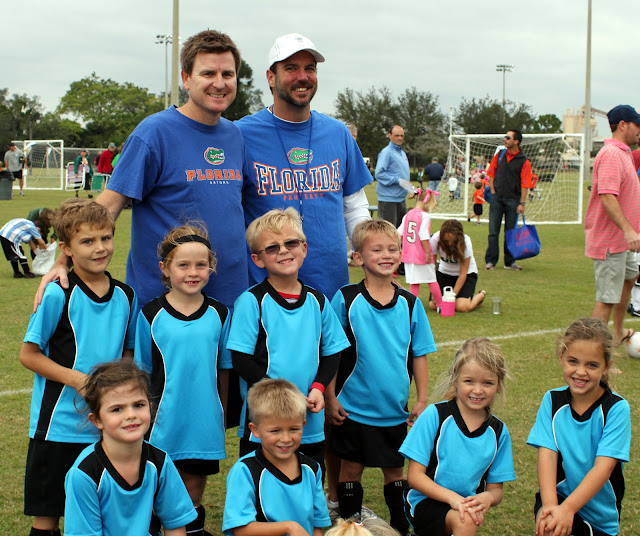 This fall soccer season was special,  with a last minute gathering of a team. Scott stepped up to be the coach and  Brooke joined the field as daddy was skeptical but she wanted to play with Parker.
Everyone got along great and work so well together! 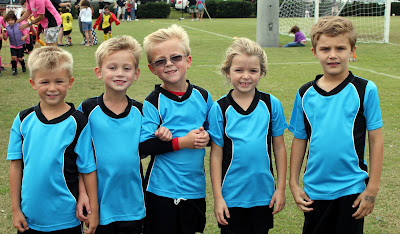 All these friends had been in preschool together since they were two years old. Just so cool!
Now they are in elementary school together, their bond is pretty tight knowing each other so well.
I do think it helped them have better teamwork throughout the season. 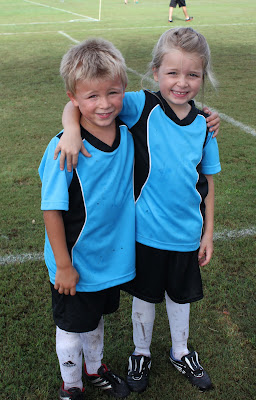 This is the only year the league allows boys and girls to be on the same team.
Also, at this age group you're not able to have goalies but we created a sweeper position.
It was both of their strongest position protecting the goal and kicking the ball away from the goal. 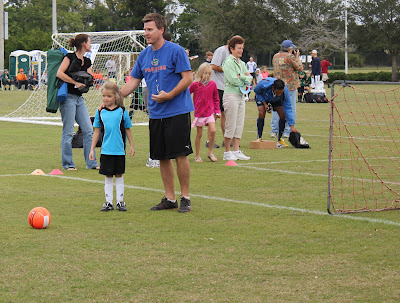 After the first game, I thought "wow, Brooke is pretty good... hope she doesn't score a goal before Parker" she will never let him down to that!  ... very focused and her strong competitive bone came shinning through.  Last season Parker was unable to score, but by the second game Parker scored his first goal! We all cheered and he was so proud! It was his big moment we all had been waiting for.
The very next game Brooke had her moment... the field was open and she ran it down to make a great kick in the goal. We all jumped up and screamed " Way to go BROOKE"  and Scott ran over to pick her up lifted her up in the air. When she came over to me she started crying. All the extra attention was too much for her to handle and I think she was a little embarrassed :) 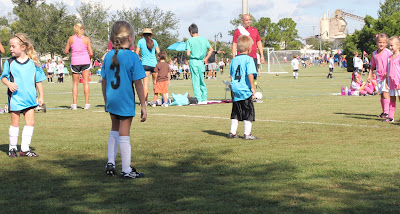 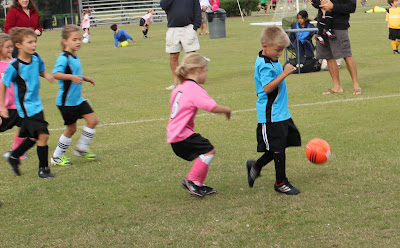 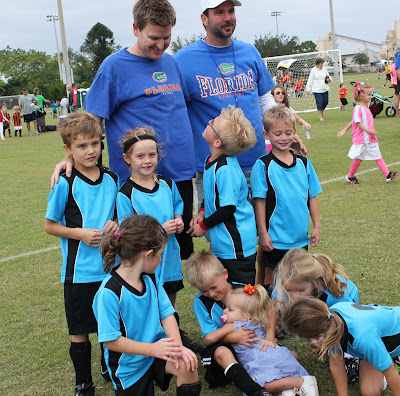 Kate ran to give Parker a big hug!! Congratulating him on a good game.
We were an undefeated team until the last game.
I was so proud of them and how much they improved over the season. 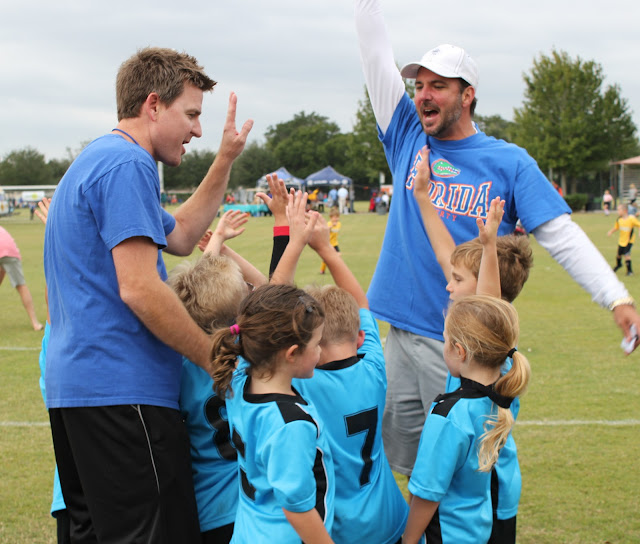 I'm not a big sports fan but I can tell you I have become one cheering on my own kids! I have all the years ahead to look forward to... I can't wait. Especially, as Jonas is biting at the bit to get into sports... hopefully this spring he can try out soccer. But until then this season will hold a special place in my heart with my Hubby as coach and Twins as great sweepers and awesome friends make up the perfect team and season!
Way to Go Blue Tigers!
Posted by the crazy armstrongs at Monday, November 19, 2012

Hi, Nice post thanks for sharing. Would you please consider adding a link to my website on your page. Please email me back. Thanks!