So I have a friend that is prego with me, we found out we were pregnant around the same day and are 4 days different in due dates. On Christmas day we both had secret/sealed envelopes from our Ultrasound tec that revealed that we were both having girls! Granted we found out VERY early...right at 12 weeks which is really unheard of but we both wanted to know so badly that we both asked our Ultrasound tec to please give it your best guess on what you think the sex may be, write it on a card, and put in an envelope so we could open it up on Christmas day.  It was risky as my lady only said she was 75% sure.


So, last week my friend went to the Dr. and to her surprise.. her girl turned into a little boy. Which they are very excited about! Within an instant I thought I knew it... I'm having a boy too! Since the beginning, all of my dreams have been about little boys and we have had boy names picked out.. I was really convinced that we were having a boy.


Today was our 20 week appointment which we get an ultrasound (I'm not used to only having two ultrasounds, I had one every two weeks when i was pregnant with the twins... I was spoiled) Scott and I went in ready to hear the news just like we were hearing it for the first time. I had even told the kids, "it might be a boy still and we will know for sure today" Brooke and Parker were ready to hear either way. The ultrasound tec was a different lady and took her time telling us the sex... she asked Scott what he thought it was and he said "I think it might be a girl" and then she said "Your RIGHT"...for me it was like finding out all over again! My eyes teared up as everything she measured was totally healthy and she was just PERFECT!!! What a wonderful Valentine's Day to see our precious little miracle baby! I was so hyper... I was bouncing off the walls that my blood pressure was a little high, but it was just because I felt so overjoyed for this little child!!


We caught Brooke and Parker at the end of school to tell them the exciting news. We bought a balloon to give them and as soon as they saw us they asked "What is it a boy or girl?" 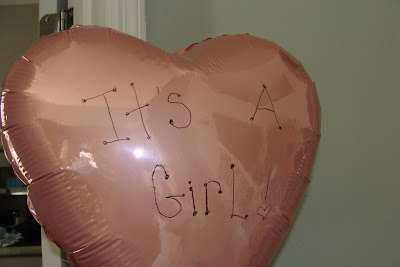 Once they saw the balloon they both were so excited jumping up and down... even Parker this time:) Even the teacher had tears in her eyes seeing how happy they were. It was again a priceless moment...one that I can't wait to share with their sweet sister someday. Of course I forgot the camera in the car so I didn't capture the moment but I did get these on the way home. It was a wonderful day...what a perfect day to celebrate our family LOVE! 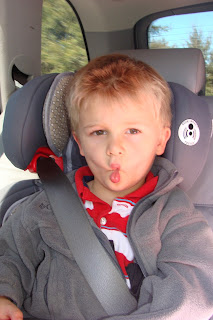 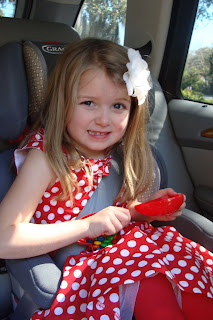 Happy Valentine's Day Everyone!!
Posted by the crazy armstrongs at Monday, February 14, 2011

I am SOOO happy for you. Your little miracle baby will bring so much joy to your whole family. Our little Mehret is 5.5 months old already and I am so amazed that the other 4 are still so completely obsessed and totally IN LOVE with her. They all just want to hold her and kiss her ALL day long. God is SO good! I just can't wait to see her beautiful little face.