It's weird, erie quiet, lonely and I keep wanting to do the same routines of putting food in a dish and opening the back door in the mornings...I go to bed at night and he's not following me up to my room to be on guard.  It's been over two weeks since we lost our sweet Lucky dog!
I don't think you can ever really prepare enough of how hard it is to lose your first dog! 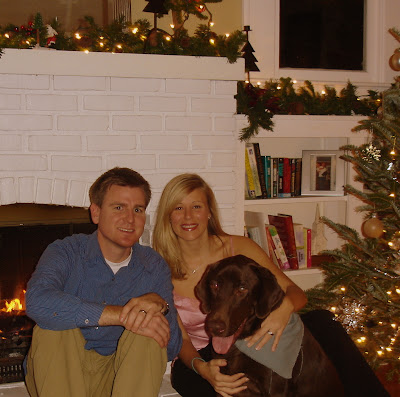 Our first Christmas together 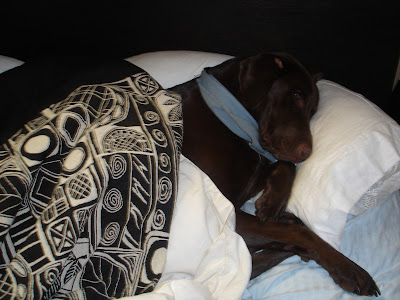 Lucky snuggled in bed on a cold night

You think to yourself "why" really because honestly he was second fiddle to our other 4 children that demands 99% of your time and a measly 1% of your time was giving  attention to our dog...poor guy. But then you think about the past...  When we first got married Lucky was our baby sleeping in between us, he would hang his head out the window ... I swear smiling while the wind blows into his doggy face with flapping ears. He would howl at the trains at night for fun, he had a doggy door he loved to run out anytime to say hey to all the neighborhood dogs, he would have endless amount of treats and trips to the dog park that I paid admission ..it was fancy! Any furniture he could lay on .. his life was good and spoiled... we poured into him as if he was our first child. 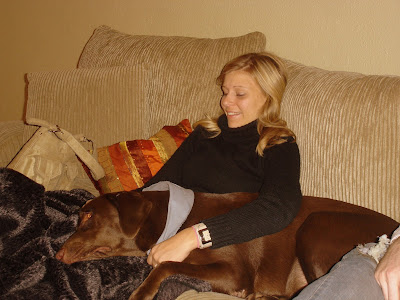 Until the twins came he took a big step down the totem pole... he had new rules sleeping in a dog bed, barking for when he wanted to go out or in for outside because of a new house and no doggy door. His role changed, he was on guard and very protective of the babies... he let them do anything... pull his ears and climb all over him he was such a good dog!  He would open the doors to lay in front of their cribs during nap time, any crumbs in the house he was in charge of clean up. He had new responsibilities and was proud. I remember when we brought the next two children home and how he sniffed and studying them but welcoming them even though he moved two more notches down the totum pole. When Scott was traveling he would lay by my side giving me such security and  someone to talk too. His puppy dog big brown eyes would look at me with such UNCONDITIONAL LOVE.... he didn't care that he didn't get as much attention, he still loved me the same no matter what! He had been there through every trial and challenge, celebration, and new beginnings!  It's even  hard to write this thinking he's not laying right by my feet right now.  I miss him deeply every day he crosses my mind..just because of r outine for 10 years caring for him  and  I see other dogs and think oh how I miss him ...he was just SO GOOD!! 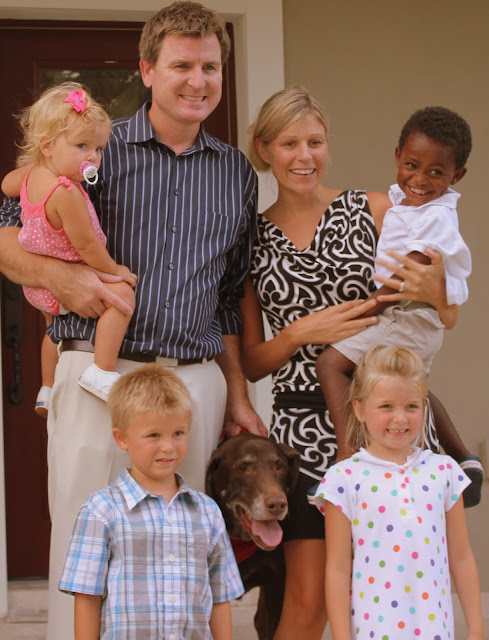 Our last family photo with our Luck dog

Oh our sweet Lucky was such a big part of this family but especially close to my heart as all I ever wanted when I was a child was to have my own dog! I never thought we would have one the first year of marriage but he entered into our lives in such a big way and he left it with my heart still so devoted to him. I don't know if ever another dog could compare to our Lucky boy, he was just so GOOD I mean 4 kids and the chaos that was around him would stress anyone out but he stayed steadfast loving and protecting us!
If you haven't heard the story of how Lucky got his name and entered into our family it's a special one ... Please read below... 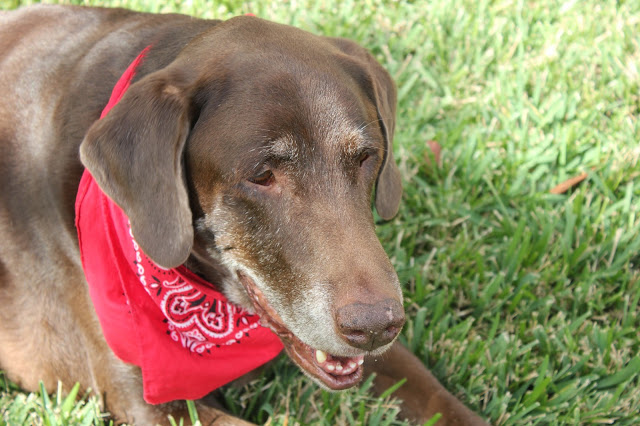 Even though his days here on earth have ended I do believe in Doggie Heaven...(why not) as it was the biggest comfort we could give our children when telling them the news. Our children are sad and miss him... it comes up often that's he's not around but it's great that he will always be remembered as the BEST dog anyone could ask for and a piece of my heart is with him until I see him again!
Posted by the crazy armstrongs at Thursday, March 28, 2013